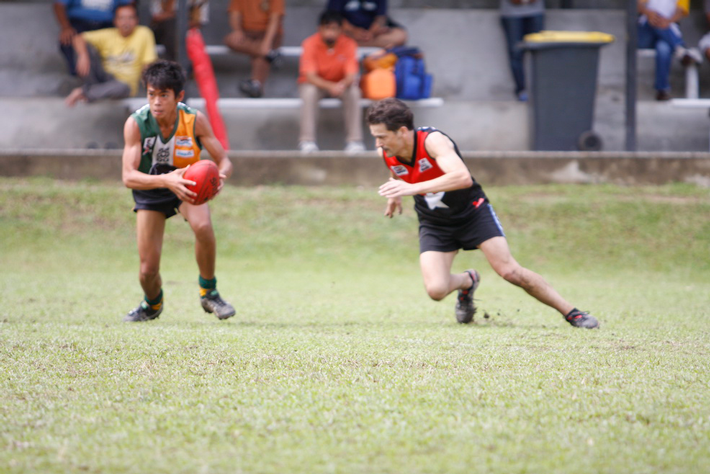 Richard Wood – Borneo Bears Junior chosen for the NAB AFL under 16’s World XVIII team 2012Young Richard Wood will be the only Indonesian National playing for the World XVIII side and we are sure he will do us all proud.

Richard began learning the fundamentals of the game by running around and training with the seniors team even before the Bears Junior program started. Richard has developed into a gutsy centerman with a racking left boot and slick mark.

Currently playing during the week with Guilford Grammar in Perth and with a local Perth side on weekends, Richard has developed a passion for Australia’s great game and his ambition is to play football at the highest level in Australia.